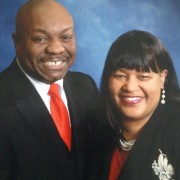 “For the Lord is a sun and shield; the Lord will give grace and glory.  No good thing will He withhold from them that walk uprightly.” ~ Psalms 84:11

Pastor Adams is married to Kimbley Adams; the two have one son, Charles Adams, III.